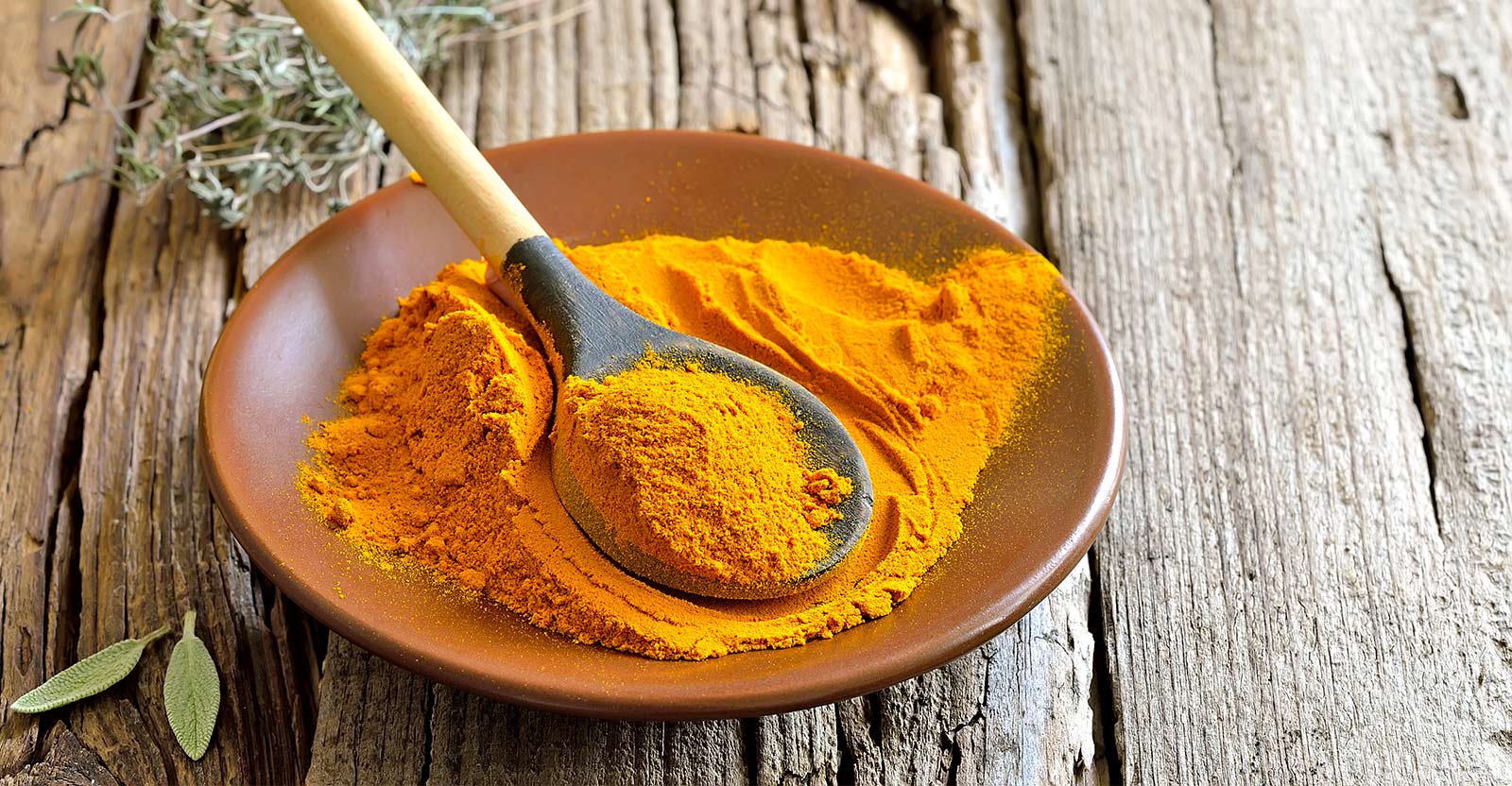 Turmeric is an edible rhizome belonging to the same plant family as ginger. It dates back to 2,000 BC where it was popularly used by communities in India and Asia. The spice has traditionally been employed to treat various common illnesses ranging from liver dysfunction to ringworm infection and depression. It imparts a nice yellowish hue on curry dishes making them taste better as well as look delicious. There are 3 main active ingredients in this herb that promote advanced health, which include bisdemethoxycurcumin, diferuloylmethane and desmethoxycurcumin. Apart from these ones, turmerone is also another potent oil found in the herb.

Check out these 5 health benefits of turmeric below.

Heartburn is a throbbing burning sensation that’s usually experienced below the chest bone and is usually caused by reflux of stomach acid around the esophagus. This reaction is triggered by the relaxation of lower esophageal sphincter (LES) muscles located at the stomach entrance which prevents backflow of consumed food by staying closed after ingestion. However, the LES gland can be damaged from poor lifestyle habits such as bad diet, smoking, alcoholism or even pathological factors. This consequently results in heartburn.

Though the condition is rather common and can be treated with natural remedies such as turmeric, ignoring it can trigger a more severe disorder known as gastro-oesophageal reflux disease or GERD. This is why one should always seek treatment quickly when suffering from heartburn since it can turn into a serious ailment.

The major active compound in this herb is called Curcumin. It is believed to alleviate dyspepsia, irritable bowel syndrome (IBS) and other related stomach conditions. It was discovered that patients who take 1 gram of Curcumin twice a day for 6 months healed much faster from indigestion. The ingredient also increases digestion by promoting the formation of bile liquids, contraction of the gall bladder and other derivatives of oil that act as carminatives for improving digestion.

Turmeric contains around 24 anti-inflammatory compounds, as well as six different COX-2-inhibitors that promote better joint health. Several studies have also shown positive effects in reducing the swelling associated with arthritis. In a clinical test, scientists found that the turmeric supplement Meriva provided long-term improvements in general pain and function of the knee in almost 100 patients. Another study showed a curcumin byproduct called BCM-95 to perform better than diclofenac in reducing joint pain and swelling. Diclofenac is a nonsteroidal anti-inflammation drug approved by the FDA.

In minimal amounts, cholesterol forms the outer lining of body cells and is vital for their optimal functioning. Nevertheless, when consumed in high quantities, the same cholesterol is dangerous as it can cause blockage of important blood vessels. Turmeric prevents cholesterol buildup in the body and also reduces its levels significantly in patients suffering from chronic hypercholesterolemia.

Furthermore, studies show that it prevents oxidation of fats in the bloodstream which can otherwise cause plaque formation and atherosclerosis. The herb not only reduces oxidation of cholesterol but circulation of LDL as well which minimizes chances of getting coronary problems that could be fatal. Curcumin also increases metabolism of cholesterol within the liver. This organ has certain lipoprotein molecules and fat receptors that identify the presence of free cholesterol so that it can be metabolized, hence reducing the risk of contracting hypercholesterolemia.

Turmeric is highly recommended for those who suffer from congestion or terminal digestive problems. It can be consumed either as a single extract or in the form of bitter herb mixtures where the ingredient is combined with other carminative spices for a tasty nutritious mix. For optimal results, take the product at least 20 minutes before meals, especially if you are eating foods that are high in fat or protein. It’s beneficial for those who often feel tired after eating heavy meals and those who experience frequent flatulence.

The product is anti-inflammatory on the mucous membranes which line esophageal, stomach and intestinal walls. It decreases congestion and swelling caused by stagnant mucous membranes. Plus, people with certain conditions including IBS, diarrhea, Colitis, Crohn’s Disease, post-giardia and post-salmonella will find it very useful. Turmeric can also help reduce the irritation and inflammation that usually accompanies hemorrhoids, providing much-needed relief from this condition that often causes pain.

The compound also acts as an antispasmodic agent for smooth muscles, reducing digestive and menstrual cramps. For ladies who experience monthly menstrual cramps, they can try consuming turmeric extracts at least twice per day for two weeks consecutively before their expected menstrual cycle. This will reduce the severity of spasms, if not take them away completely.

The active compound curcumin in turmeric may also protect your brain from certain mental illnesses. It’s capable of penetrating the protective brain-blood barrier hence acting as a shield against various neurological disorders. A derivative known as ar-turmerone or aromatic turmerone also plays a role in this regard. It promotes faster repair of stem cells found in the brain which are also involved in recuperation from neurodegenerative disorders like Alzheimer’s and stroke.

This finding builds on earlier research that suggested turmeric may help improve memory for Alzheimer’s patients. It generally promotes brain health courtesy of its powerful antioxidant and anti-inflammatory agents. The compound works by modulating large sets of genes found in the body, just like vitamin D. Consequently making them stable and less susceptible to bad external influences.

Other previous studies have shown that curcumin functions by inserting itself into cell membranes where it alters the physical makeup of the cell lining making it more organized.

Note that high dosages of turmeric can trigger blood thinning and stomach upsets as well. Avoid taking it if you’re taking other commercial blood thinners like Coumadin or are about to undergo surgery. Expectant women or those suffering from gallbladder disease should also take precautionary measures before consuming this substance. Preferably, consult with a doctor for more advice on how to use it. Turmeric is a natural herb with lots of powerful properties that encourage good health. The herb is usually taken as a spice additive in foods, though nowadays there are also turmeric pills that can be bought from herbal stores. When purchasing these capsules, always ensure they are original organic tablets and not counterfeits.

Was this article on the health benefits of turmeric helpful? If so, let us know below.