Van’s Foods is an international food production company based in Phoenix, Arizona. The company specializes in creating and supplying gluten-free products, including others which contain gluten but lack other allergens such as soy, milk, nuts and eggs. The company was founded in 1988 in Phoenix being a subsidiary of Tyson Foods, Incorporated. They market and sell their products through approved grocery stores all over the United States. Van’s current Vice President is Tim Smith.

The company takes the idea of healthy living very seriously, most of their foods are wholesome, nutritious and great for the human heart. All their recipes are original and not a copy of anything else that’s already on the market. There are also many options that customers can choose from ranging from gluten-free cereals, granola, crackers, multigrain chips, french toast sticks, pasta, pancakes, waffles and snack bars. These products are not just healthy, but also tasty and packed with flavor. 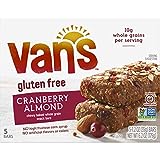 Van’s Foods has been preparing delicious waffles for almost 50 years. Since its inception, they have grown from a single store to now become one of the nation’s leading frozen snacks and breakfast companies. Their products are found in most local grocery stores countrywide, but can also be ordered online for home delivery. Throughout the years, Van’s Foods philosophy hasn’t changed at all. They still care about what customers eat, value artisanal quality and prepare their products in small, lightly processed batches with all the ingredients served fresh. Moreover, since they want everyone to enjoy their waffles regardless of age, the products are available for kids and grownups alike.

Most of Van’s frozen foods are free of fish, meat, dairy, eggs, honey and seafood apart from being gluten-free as well. These products include cinnamon french toast sticks, organic blueberry waffles, flax waffles and much more. Others are crackers, multigrain chips, and cranberry almond snack bars. All waffle products created by the company are QAI certified. Quality Assurance International is one of the top providers of organic accreditation services internationally.

Van’s Foods gluten-free treats can be found in most organic food stores, supercenters and grocery stores across the country. For more information on the list of items available near you, use their official store locator which can be found online. The company is always updating its inventory with new products, therefore it would be prudent to visit their product page for the latest information regarding new products, ingredients and nutrition statements.

Just last year in July 2015, Van’s added two new varieties to their cereal line. These include the Blissfully Berry, an organic strawberry flavor, and Cocoa Sensation which is made from real cocoa extracts. All these items are certified gluten-free, also containing simple wholesome ingredients. They retail at only $4.65 and offer distinct flavors which kids, as well as adults, will truly enjoy. These products are not just tasty but packed with healthy ingredients as well, including 17 grams of whole grains, 5-6 grams of fiber and 110 calories for every 3/4 cup serving. There are also no artificial flavors or high fructose corn syrups used. Apart from the gluten-free whole grain cereals, Van’s growing line of products also features soft baked granola, whole grain crackers, snack bars, pasta and whole grain baked chips among others.

Additionally, customers can sign up for the company’s monthly newsletter to receive special tips on must-try recipes, subscriber savings, and awesome giveaways. This publication is available only by subscription, though new signees are welcomed with a $1.25 off voucher for their next purchase.

Being a part of Tyson Foods, Van’s Foods enjoys various benefits that other companies within its category seem to lack. Tyson is the 2nd largest food production company in America and is ranked among the Fortune 500. Van’s Foods was first acquired by Hillshire Brands for $165 million, Hillshire also being a subsidiary of Tyson Foods after the latter acquired all its shares for $6.13 billion in 2014. Hillshire bought Van’s from its original private-equity owners Catterton Partners. Catterton had been in charge of the company since 2006.

Since 2000, Van’s parent company has donated more than 78 million pounds of food to hunger and relief programs in the United States. They have also given millions of dollars to help non-profit groups across the country. For these philanthropic efforts, Forbes named them the 2nd most equitably generous company in 2007, with donations totaling 1.6% of their yearly operating income during that particular period of time.

Additionally, Tyson launched the KNOW Hunger program early in 2011 to raise awareness about hunger in the United States. Similarly, after the Joplin tornado, which occurred in the same year, they sent approximately 77,000 pounds of food straight to the city. They also donated 100,000 pounds of food to local communities along the Mexican Gulf after the oil spill. Tyson Foods also recently received an 85 out of 100 rating in the Corporate Equality Index (CEI) of 2016.

At Van’s Foods, they have a motto that waffle is not a verb but still a noun. The company produces and markets various specialty treats such as frozen, Belgian, organic, mini and wheat-free waffles. They also make iced french toast sticks, paninis, pancakes and special “breakfast in the pocket” wraps. The company is known for selling traditional, vegan, vegetarian and gluten-free items nationally through their approved grocery stores and food retailers. For more information about the company, you can visit their official website which lists all the products they have on offer and where customers can get them.