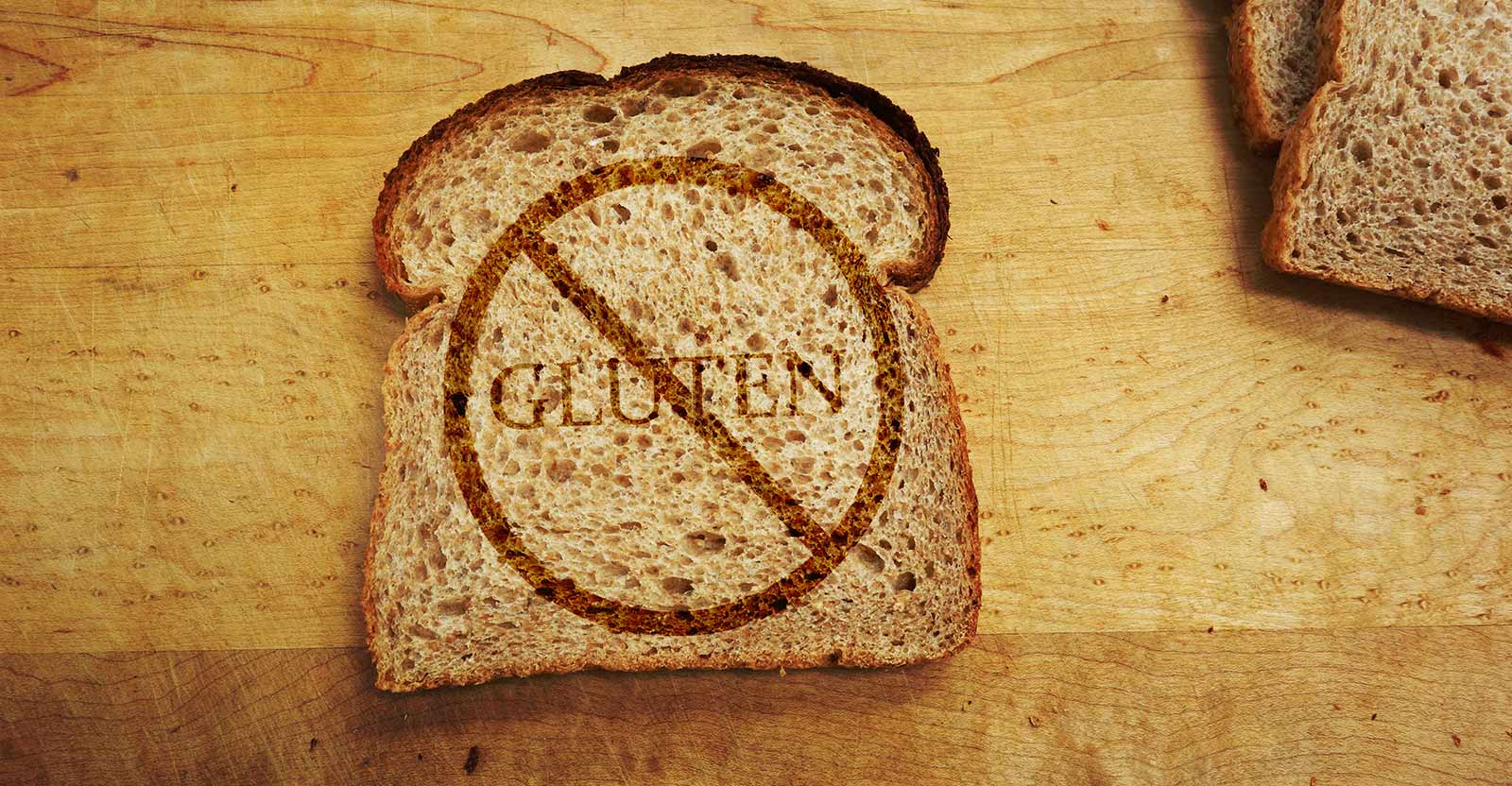 Gluten withdrawal is very real and can particularly be unpleasant for those who suffer from high levels of sensitivity. Some of the effects related to this substance are similar to those experienced by drug addicts seeking a cleaner lifestyle. Nevertheless, the duration it takes for symptoms to dissipate will vary from one individual to another, depending on their overall body constitution. While for one person it may be just a few weeks, for another it could be several months.

I can speak from personal experience, gluten withdrawal is the real deal. And it’s not fun.

More than 30% of those pulling out from a gluten-based diet experience powerful addiction cravings and intense withdrawal effects, with most side effects felt around the skin, airway and digestive tract regions. However, any tissue in the body can still be affected so one must be careful. Some people may encounter neurological or mental problems, triggering a inflammatory autoimmune reaction throughout their nervous system. This may produce narcotic effects on the brain, including changes in impulses and blood flow. Cases have also been reported of patients exhibiting learning problems, mood issues and a higher tendency towards criminal behavior.

Similarly, some individuals may experience intense depression usually accompanied with unexplained crying spells. This happens at the beginning of a gluten-free diet. The reaction could either be mild or severe depending on your body tolerance levels. However, research shows that these preliminary symptoms usually resolve with time when the initial reactions subside. Withdrawals have directly been linked to removal of certain strains of gluten from the diet, such as those found in wheat and barley.

They can affect a patient’s brain such that their removal activates a temporary reaction resembling drug/alcohol withdrawal. In essence, gluten contains huge protein molecules which have strong glue-like bonds. If appropriate enzymes needed for digestion are not available, then these molecules would enter the bloodstream undigested. Your immune system will consequently attack the molecules mistaking them for harmful microorganisms. Hence, homeostasis would have been interrupted and when these foods are continually taken, the body shall be dependent on them for achieving optimal internal conditions, causing something similar to allergen-based food addiction.

It all starts when gluten-derived opioids in the brain trigger neurological imbalances. This causes narcotic-like effects on exorphins which urge you to continue eating, also making patients develop a stronger craving for gluten foods. Something that usually forms other destructive eating habits which pose a health risk as well, such as binging and obesity.

Oftentimes, withdrawal patients may revert to compulsive eating so as to maintain their awful but temporarily fulfilling dietary habits. Overeating isn’t caused by indiscipline but rather the brain’s allergic reaction to gluten. Villi found inside your small intestines are responsible for absorption of food, and when damaged it means the body isn’t receiving essential nutrients as is needed.

Despite the drug-like effects that gluten may have on you, the system is still wired to think that your body is hungry since sufficient amounts of nutrients are not absorbed from small intestines. That’s why one experiences intense bouts of hunger which sometimes run out of control. Binge eating can also lead to vomiting and digestive tract problems. Hence, consuming food becomes an excruciating experience.

Addictive elements like gluten cause the body to become overly dependent on such substances for optimal homeostatic balance. Removing them from the diet causes withdrawal symptoms. During this time, one suffers from painful readjustments as the body reacts to the missing ingredient. In an attempt to achieve chemical balance, your system will demand gluten or other similar substances to reverse the homeostatic discrepancy caused. This would be accompanied by massive consumption of sugar, caffeine, salt or fried foods which can cause other side effects as well.

Natural hunger processes become disrupted as the body craves for more substances needed to create a homeostatic balance. Sometimes your favorite meals are the ones which may be causing addiction, temporary relief might be experienced after taking these foods but shortly thereafter irritability will be felt. Including flatulence, depression, headaches and nausea.

Patients suffering from gluten withdrawal need to take vitamin and mineral supplements to replenish their bodies, so that they don’t feel hungry and crave for more food. Studies show that most sufferers lack these essential nutrients, something that can easily be reversed by taking the pills. For certainty, try having your nutrient levels checked regularly to see exactly what deficiencies are present. This will give you a better idea on what kind of supplements are required. Which could be calcium, magnesium, selenium, Vitamins A, B1, B6, D, E or even Omega-3 fatty acids. Ask your local doctor about getting a vitamin deficiency test.

I strongly urge everyone to get a vitamin deficiency test, even if you are feeling ok. There is almost always something you could improve in your diet.

How to Address Gluten Withdrawal Symptoms

Ultimately, consulting with a trained medic is still the best solution for those experiencing withdrawal symptoms. Some reactions such as seizures are quite serious and can cause long-term effects on your health if not addressed on time. That’s why it’s always important to contact your doctor immediately the symptoms start to show.

Generally, temporary side effects should resolve within a couple of days or weeks though the original gluten-related symptoms could take even months to dissipate. Meanwhile, depending on severity of your withdrawal condition the doctor may test for lactose intolerance and bacterial overgrowth as well.

Leaning on your immediate family or friends for emotional support would also go a long way in fostering healing. Depression is one of the mental challenges that come with this condition, and the best way to deal with it is interacting with other people around you. Joining self-help groups for those suffering from addiction intolerance is another strategy that can be used to foster healing. Though symptoms can sometimes be severe, how you deal with them will ultimately determine the outcome. Try to be eclectic when seeking help by not just consulting with your physician, but also seeking assistance from others who may have gone through a similar experience in the past. Gluten withdrawal is a phenomenal which has scientifically been proven to be true, it can affect anybody regardless of their gender or age so all people need to watch out. Nevertheless, aged persons tend to suffer more since their immune systems are already weakened.