Barq’s Root Beer is manufactured by The Coca-Cola Company. and yes, it is gluten-free. Remember to drink it in moderation! 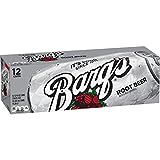 Barq’s Root Beer is a refreshing, crisp beverage that has been in production since 1898. It all began when Edward Edmond Barq opened a bottling company known as Biloxi Artesian Works. Two years later, he produced the drink Barq’s Root Beer as it’s commonly referred to today. It remained a private family-owned company based in Biloxi, Mississippi until the company was acquired by the Coca-Cola Company a few years later.

Following its launch, Barq’s grew fast in popularity and by 1937 the company had about 62 bottling plants spread across 22 states primarily in the South. 13 years later, the number had grown to about 200, though by that time the root beer industry had gone through several changes following government ban of caffeine in the drink. They changed their name to Barq’s Sr. then set out to develop a caffeine-free product.

However, when the government reversed this policy in 1960, Barq’s Sr. was discontinued and the original caffeinated recipe was re-introduced once again. This created a little bit of confusion on what name to give it, considering the numerous labels it had gone by before. The company consulted with its founder Edward Barq who was now an old man, and he gracefully said “Barq’s son, just Barq’s”.

In 1976, two entrepreneurs John Oudt and John Koerner bought the company from the Barq family and relocated their headquarters to New Orleans. They also started marketing the brand nationally. A few years later, Barq’s was bought by the Coca-Cola Company in 1995 and they expanded their line by including diet root beer. Other varieties that were added are Red Crème Soda, Barq’s Root Beer Floats and French Vanilla Crème. These products have also gained massive popularity like the original brand.

Though Coca-Cola didn’t have any significant root beer product of its own, around 90% of all Barq’s sales took place through the Coca-Cola bottlers company. Barq’s Root Beer is part of the manufacturer’s strategy for diversification and market leadership in the beverage industry.