Coke, also known as Coca-Cola, is manufactured by the Coca-Cola company and yes, it is gluten-free.

There are are a lot of different flavors of Coke, Diet Coke, and Coke Zero and they are all gluten-free, this includes the following varieties: 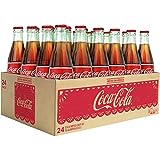 Coca-Cola is the world’s largest beverage company with a portfolio that includes more than 3,800 drink choices for consumers. Collectively, the brands owned by Coca-Cola are worth approximately 20 billion dollars. 18 of these products are available in low or zero-calorie options. Some of the individual brands owned by this company include Coke Zero, Diet Coke, Dasani, Sprite, Powerade, Del Valle, Gold Peak, and Minute Maid among others.

Coke was invented in 1886 by a pharmacist known as John Pemberton, popularly known as “Doc”. After participating in the American Civil War, he decided to create something that would give him financial success once it ended. He tried many pharmaceutical inventions but all the drugs he made didn’t bring any monetary returns. After moving to Atlanta, Pemberton decided to venture into the beverage industry. During this time, the soda fountain was growing in popularity as a social gathering venue. Moderation of alcoholic drinks was keeping people out of bars, therefore, creating a soda fountain beverage made perfect sense. This was when Coke was born.

Nevertheless, Pemberton didn’t have the necessary skills to advertise his product. He was assisted by Frank Robinson who helped with registering the Coca-Cola formula with the United States Patents and Trademark Office and designed the logo. He also came up with the motto, “The Pause That Refreshes”.

Though Coke didn’t perform very well in its initial years, things changed in 1891 when Asa Griggs Candler became its sole owner following Doc Pemberton’s demise earlier in 1888. Candler embarked on a promotional campaign by hiring travel salesmen to distribute coupons for free Coke. His intention was for people to try the product, like it, and probably purchase it later on. The intense campaign made Coca-Cola not just a regional brand but an international one. Today, Coke is the largest beverage distributor in the world with about 1.9 billion servings being enjoyed by customers every single day.