Red Bull is manufactured by Red Bull GmbH and yes, it is gluten-free. However, drink in moderation. Energy drinks are definitely not considered a healthy drink. 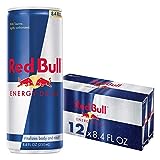 Red Bull is an energy drink that has been in production for more than 29 years. The product is usually associated with active lifestyles, extreme sports, and adventure. The beverage was first conceptualized by a Thai businessman, Chaleo Yoovidhya, in the 1970s. His goal was to offer an affordable energy drink for the working-class society in his country. His idea gained popularity in Thailand thanks to promotions with sporting events and boxing matches.

However, it wasn’t until the mid-1980s when Dietrich Mateschitz officially founded Red Bull as a brand. He created the model of Red Bull Energy Drink and established its unique marketing concept to become a global brand. On April 1st, 1987, the brand sold its first product in Austria, marking the beginning of a totally new product line. Today, Red Bull is found in 171 countries around the world with approximately 66 billion cans having been consumed by customers so far.

In terms of expansion, the company is targeting core markets in Western Europe and the United States with plans to grow even further into the Far East. Mateschitz is credited with developing the current formula of Red Bull and marketing it as a unique product to the world. The brand has also been focusing on continued worldwide rollouts of Red Bull Editions.

In 2016, more than 6 billion cans of the energy drink were sold globally, representing a steady increase of 1.8% against the previous year’s already successful record. Moreover, overall company turnover jumped to 6 billion euros for the first time, rising from 5.9 billion. The key reasons behind these positive figures were increased sales in the Chilean market which saw a 28% increase in sales. Other areas also saw increases such as Scandinavia with 13%, Poland with 13%, Netherlands with 12% and South Africa with 10%. Efficient cost management strategies and ongoing brand awareness have also contributed to the brand’s success. Red Bull is considered one of the most popular energy drinks in the world today.