Sprite is manufactured by the Coca-Cola company and yes, it is gluten-free. 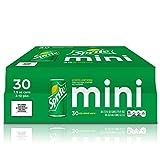 Sprite is a lemon-lime soda brand produced and marketed by the Coca-Cola Company. It originated in Germany where the drink was initially known as Fanta Klare Zitrone or Clear Lemon Fanta. Sprite was brought to the U.S. in 1961 to offer competition against 7Up. By the 1980s, several years after its introduction into America, Coke compelled its bottlers across the country to replace 7UP’s distribution with Sprite.

Due to the input of Coke’s promotional strategies, Sprite soon became the overall market leader in the lemon-lime beverage category by 1989. Before that, the Houston Coke Bottling Company had sold various fruit-flavored beverages under the name Sprite during the 1950s. Later, they became the first bottler to officially distribute Sprite in 1961.

Being a lemon-lime drink, this beverage is referred to differently by consumers in various parts of the world. In Australia and New Zealand, it’s called lemonade, whereas, in Canada and Ireland, Sprite is used interchangeably with 7UP, meaning an individual may say 7UP or Sprite to literally mean the same product. In some areas of Switzerland, Sprite is also known as Citro. The drink is available in more than 188 countries and is currently the 3rd most popular carbonated soft drink, only coming after Pepsi and Coke.

Sprite’s target consumer base is younger generations who seem to enjoy the crisp and clean taste that it provides and the brand is widely marketed as a thirst quencher. The name Sprite was borrowed from a mascot character “Sprite Boy”, who was created for Coke to symbolize and strengthen the brand’s image.

In 1991, Coca-Cola launched a sales campaign dubbed “The Future Belongs to Sprite”. The result was that 5 out of 11 competitor bottles moved their lemon soft drink brand from 7UP to Sprite. By the start of 1994, they had partnered with the NBA as part of their integrated marketing strategy. Ever since that deal, Sprite’s sales have skyrocketed to an extent that it has now far exceeded other soft drink competitors.