Gluten intolerance is a medical condition that occurs when the body reacts negatively to traces of gluten found inside foods. It can be incredibly frustrating when you’re trying to determine what’s wrong. I’ve been there! It’s manifested in certain symptoms that most patients tend to suffer from, some of the most common ones are mentioned below.

Though harmless to the patient, Keratosis causes rough patches and small bumps to develop around the upper arms, cheeks, buttocks, and thighs. While these may not itch they are definitely unsightly to look at. As the name suggests, it’s caused by excess buildup of keratin protein inside the body.

In normal situations, this substance protects the skin from bacterial infections and other related conditions. But when it becomes too much in the body a condition known as ‘chicken skin’ may develop. This is typically caused by vitamin A and fatty acid deficiency, brought about by malabsorption of nutrients arising from gluten destroying the villi. Keratosis usually affects those aged 30 years and below.

Studies show that 20% of married Celiac men experience infertile marriages as well as poor semen count, deformities in sperm shape and motility are other common symptoms. Women may also have problems trying to give birth, with constant miscarriages experienced each time they try to conceive.

Doctors recommend a gluten-free diet for those seeking to break away from infertility problems caused by this substance in the body. Similarly, hormonal imbalances often found in male Celiac patients can be reversed for the better. While most gluten-intolerant women affected with fertility problems don’t show the common digestive syndromes experienced by other celiacs, they are more prone to suffer from anemia and fatigue.

An autoimmune disorder arises when the immune system which protects our bodies from diseases, mistakes healthy cells for foreign objects and attacks them as well. While there are more than 80 different types of autoimmune conditions, the most common one caused by gluten sensitivity is Celiac Disease. It occurs when antibodies attack the small intestines causing tiny perforations that prevent nutrients from getting properly absorbed.

Scientists estimate that 1 in every 100 people worldwide and about 2.5 million Americans have Celiac Disease, though not yet diagnosed. Furthermore, studies show a very strong relationship between gluten intolerance and hyperthyroidism. If you have this condition and consume foods that contain gluten, your immune system may attack the thyroid gland causing complications.

Also known as IBS, this condition is often characterized by diarrhea, bloating, and constipation. Sometimes these symptoms may last for the entire duration that the person is taking gluten-laced foods. For treatment to be effective, it should preferably go above just giving patients some list of irritable bowel syndrome diets and address the root cause of a problem. IBS caused by gluten reaction can result in both intra-intestinal and extra-intestinal symptoms, including migraine and attention deficit disorder. 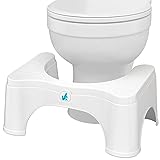 Some patients with gluten intolerance problems often experience eyelid swelling, accompanied by itching, soreness, redness and scaly peel-offs. This condition progressively gets worse with time and can even cause excessive crying and stinging of the eyes. Excessive eye wateriness is yet another condition that usually accompanies irritation. Sometimes such anomalies are mistakenly taken for eczema, which leads to improper treatment due to a bad diagnosis. Always check for gluten intolerance as a possible cause of eye irritation before jumping to any conclusions.

Fatigue comes about from malabsorption of nutrients in the small intestines, which is a typical syndrome of Celiac Disease. When the body does not get enough vitamins/minerals as it’s supposed to, fatigue is the most likely outcome.

Anemia can also arise when essential nutrients such as folic acid, iron, and B-12 are in insufficient amounts, prolonged deficiency may as well result in permanent nerve impairment. Sometimes neurological symptoms of B-12 deficiency won’t respond very well to treatment which includes intake of other nutrients, apart from those already mentioned above.

If you suffer from gluten intolerance, it’s important to determine conclusively which vitamins or minerals the body lacks. So that health can be restored back with proper dieting and nutritional supplementation.

Putting all these factors into consideration, it simply means that everybody with osteoporosis should undergo screening for gluten sensitivity as a probable cause.

Scientists have found that there’s a close correlation between losing weight and gluten intolerance, this is usually brought about by chronic diarrhea associated with extreme sensitivity.

Adults and kids may also experience unexplained weight loss despite showing normal appetite, younger kids may fail to retain body weight and grow standard to their age as expected. A condition commonly referred to as ‘failure to thrive.’ Children with this problem will be slow in developing critical physical and mental skills, such as walking, standing, and rolling over. Abridged growth patterns may also trigger emotional problems that may affect their self-esteem.

Most gluten intolerance patients experience migratory arthritis whereby joint pain and stiffness affect various bones in the body. Unlike other types of arthritis that generally stay in one position only, here symptoms can heighten periodically at different times and even migrate to other positions in the body. Some doctors may rule out autoimmunity as a possible cause by running tests for lupus, rheumatoid arthritis, and spondyloarthritis instead. These more often than not come back negative.

Other standardized medical tests employed for evaluating inflammation include Erythrocyte Sedimentation Rate (ESR and C-reactive protein (CRP). Sometimes physicians also try ruling out viral or bacterial infections such as Lyme disease, which can closely mimic this condition. Some common symptoms of migratory arthritis apart from joint pain are tendon redness and swelling.

2 thoughts on “10 signs of gluten intolerance”