Home » Health » What is the Glycemic Index of Quinoa? 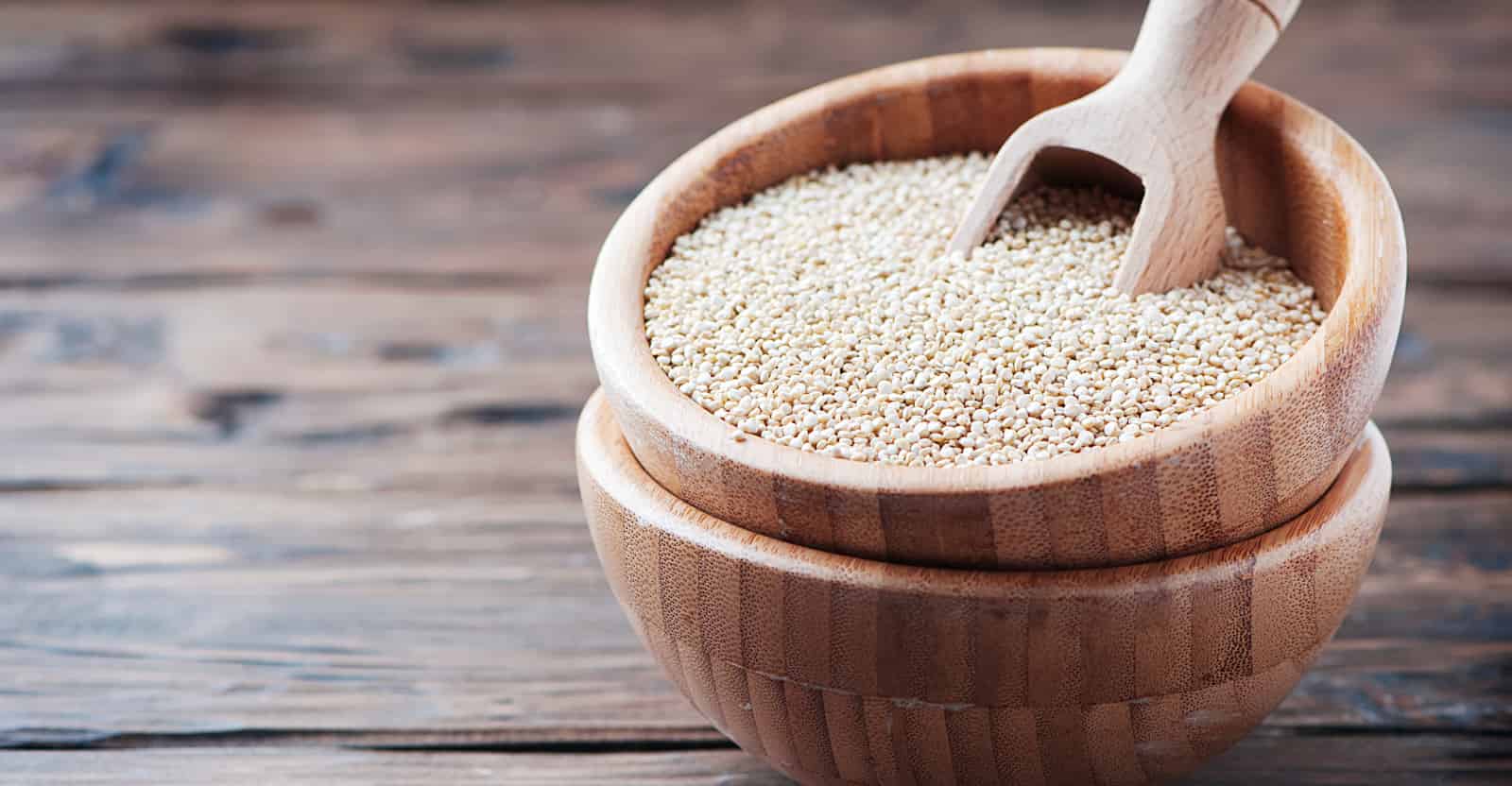 Quinoa is a healthy staple food that’s used as a substitute for rice in many communities around the world. This product is available in various strains that are similar in form and has a mild flavor which blends well with a wide range of recipes. Red quinoa is crunchy in texture but requires a longer cooking period than its black counterpart. If you are wondering about the glycemic index of quinoa, it generally has a low one, which makes it suitable for diabetics. Read more below.

Learn About the Glycemic Index of Quinoa

Glycemic Index, also known as GI, is a rating unit that indicates the effect of carbohydrate-based foods on blood sugar, in comparison to pure glucose. Glucose in itself significantly hikes blood sugar quotient and has a GI ratio of 100. Following a scale of 0 to 100, glycemic index scores can be divided into three groups which include low, moderate and high. Foods with a score of 55 and below fall under the low-glycemic category, whereas 56-69 is moderate-glycemic and 70 upwards is considered high-glycemic range.

Though there are around 120 different varieties of quinoa available today, the most popular and commonly sold types are red, white and black quinoa. This product has an average glycemic index of 53, based on a 150-gram serving or 1 cup of freshly cooked quinoa. The portion also contains 32 grams of carbohydrates and 1 gram of sugar.

Most of the carbs found in this food are in the form of complex carbohydrates which digest slowly and enter the bloodstream gradually hence preventing harmful spikes in blood sugar. Apart from having a low glycemic index, quinoa is also gaining popularity in the United States as a nutritional product. Compared to other foods in its category, quinoa is much richer in protein, fiber, minerals, and antioxidants. It’s also gluten-free, making it a healthy substitute for those who are allergic to the protein found in wheat and other foods containing the substance. However, it does contain certain storage proteins that resemble gluten and this can cause immune responses for some people.

What the Rating Means to Diabetics

The low GI index of quinoa at 53 means that it provides more easily digestible energy than other food items such as corn or potatoes. They break down into simple sugars quite fast, causing blood glucose levels to rise and thus provide energy to the body. On the other hand, foods with a high GI tend to be starchy with a high amount of sugar which can trigger diabetes or weight gain.

If eaten too often, foods with a high glycemic index can cause a continuous state of elevated blood sugar, and this may, in turn, lead to insulin sensitivity that can trigger high cholesterol levels as well as increased blood sugar. For those with diabetes, managing the diet can help control your blood sugar levels. Foods with a high GI are bad for such individuals as they may aggravate the condition. A healthy meal plan for patients should focus on picking foods that are rated between low and medium on the glycemic scale. Quinoa is safely ranked on the lower end, meaning it won’t trigger any rise in blood sugar.

Additionally, evidence suggests that eating more quinoa can aid in the management of diabetes, and also prevent other conditions from arising. Apart from consuming it by itself, you can also substitute quinoa in homemade recipes that include grains. While there’s reason to show it can help reduce the risk of developing high blood pressure, more research is required regarding this matter.

How to Prepare it for the Best Results

A single cup of quinoa contains around 5 grams of fiber, which translates to 20% of women’s suggested daily intake of 25 grams and 13% of the total 38 grams of fiber that a man needs to consume. Being a soluble fiber, quinoa helps lower cholesterol levels while also promoting the growth of healthy bacteria in the gut.

Dietary fiber further contributes to quinoa’s low-glycemic ratio and it slows down the passage of food along the intestines and stomach which consequently reduces sugar absorption. This means you benefit from longer-lasting energy, and that blood sugar also remains stable since sugar is assimilated at a much slower, steady pace.

Additionally, you can mix veggies with your quinoa for more nutritional value, but take care not to add too many high-glycemic ingredients as this may have an impact on glycemic levels. If you consume more than a cup of cooked quinoa in one sitting, the extra carbs shall have a greater effect on blood sugar levels.

If this post on the glycemic index of quinoa was helpful, let us know below in the comments!