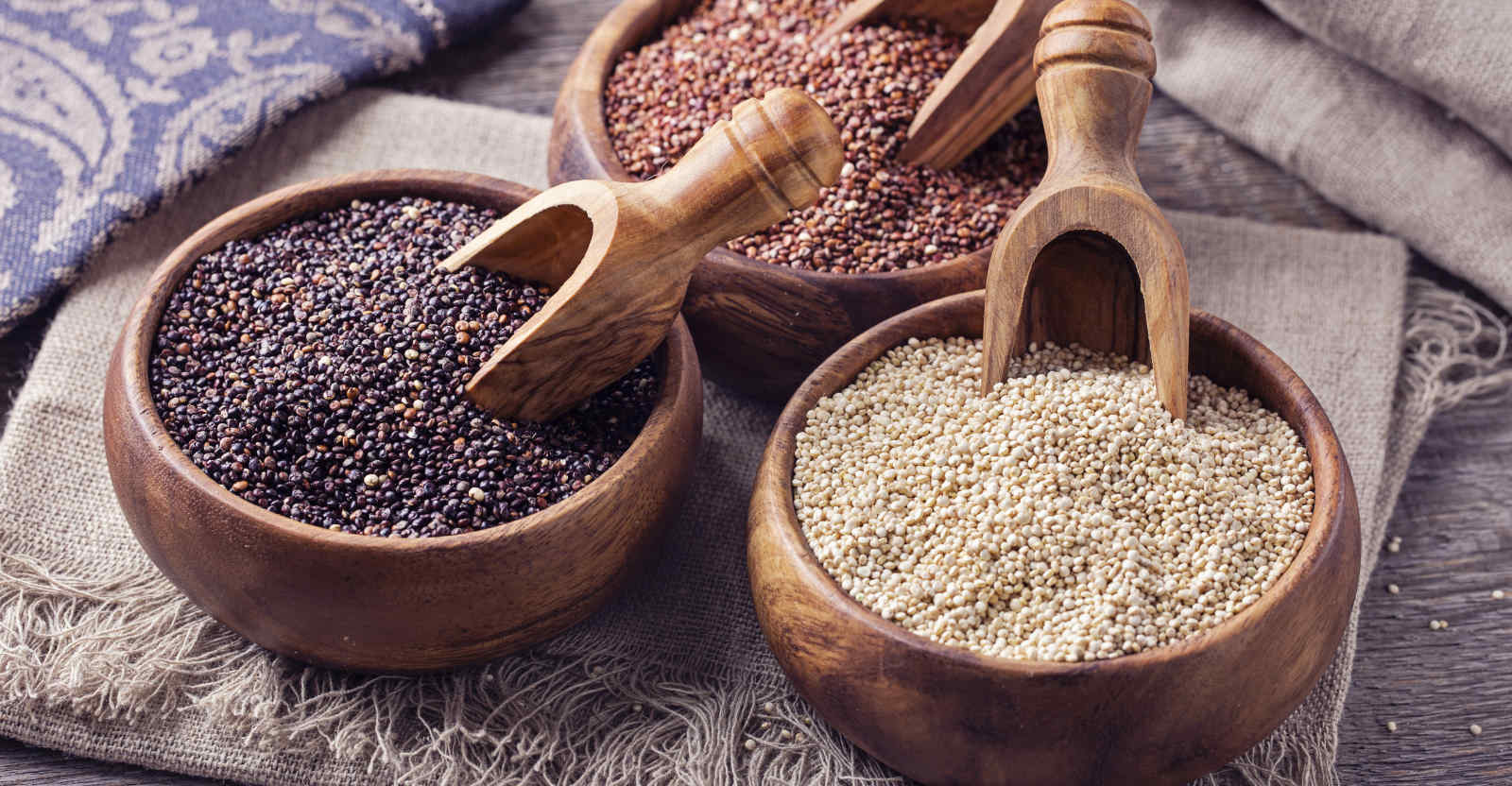 The question, is quinoa gluten-free? Well, quinoa isn’t categorically a grain but rather a pseudocereal seed often used by food manufacturers as a safer alternative to wheat. In its natural form, quinoa is gluten-free, however, it does contain certain storage proteins that resemble gluten and this can cause immune responses for some people.

The crop is a staple food for South Americans, particularly grown around the Andes mountain region. However, this product has various useful nutrients that have made it popular in the west as well. With the internet and increased popularity of gluten-free diets, demand for Quinoa based products has grown significantly. Nevertheless, there are various things you need to know before buying it from the store.

Though this crop is technically free from gluten, processing methods can sometimes introduce contaminants that may contain traces of the protein. This is a major issue that should never be overlooked when purchasing the product. A recent study found that approximately 41% of all processed foods available for sale contain high amounts of gluten inside, enough to cause sensitivity.

Though Quinoa is basically used as a pseudo-grain, digesting it can be hard for some individuals. It also contains lectin compounds that are known to cause digestive suppression problems and inflammatory issues as well, including being major contributors to autoimmune disorders. Always remember to read labels before buying, since not all quinoa-based products available for sale are considered gluten-free.

A recently published research study by V.F. Zevallos tested 15 different strains of quinoa on people suffering from Celiac Disease and came up with some interesting findings. The various substances were tested to determine if they caused increased secretion of interferon and interleukin compounds, both of which are inflammatory chemicals that play an important role in regulating the immune response to gluten. Two of the fifteen sampled varieties stimulated an intense immune response, potent enough to cause a response similar to wheat gluten.

This outcome suggests that quinoa isn’t necessarily safe to eat, especially for those who suffer from high levels of sensitivity. Additionally, the study sheds more light on the common belief that proteins found in barley, rye, and wheat are the only ones that are problematic to Celiac patients.

Though ELISA is widely considered the standard testing method for gluten, it does not measure whether other similar compounds such as quinoa can cause inflammatory conditions in patients as well. The issue has been highlighted multiple times in lab tests where these substances have triggered villous atrophy responses similar to Celiac.

Though some doctors suggest that there’s no cause for alarm when eating this food, still try and practice some level of caution. Research shows that up to 92% of Celiac patients who follow strict gluten-free diets don’t heal after all, but rather continue suffering from multiple strains of autoimmune disorders. This is widely attributed to other foods apart from gluten with similar effects.

Even so, an earlier study by the same researcher above found that quinoa does indeed contain prolamins which in some cases are able to stimulate a person’s immune system excessively. These compounds are plant proteins with high proline content which makes them relatively difficult to digest.

The study also tested 15 different cultivars to see if they could activate an immune system reaction in duodenal biopsy samples. Scientists found that some of the quinoa varieties did actually stimulate innate and adaptive immunological responses, causing the release of cytokines to levels that can only be compared to gliadin.

Zevallos also looked at how certain Celiac disease patients reacted to quinoa ingestion. Results showed normal activity and also some mild effects on cholesterol breakdown. Hence, Celiac patients can now breathe a sigh of relief since quinoa is not that bad after all. The pseudocereal can still be used by those who rely on it as a healthier option in their diet.

These findings revealed that quinoa was tolerated by patients over a 6 week period. With the entire study only involving 50 grams of quinoa a day. Still, an immune response similar to gluten could be triggered when significantly higher amounts of the substance are added into a person’s diet. Nevertheless, researchers also noted that more studies would be required to determine the long-term effects of consumption.

So is quinoa gluten-free? While quinoa is generally considered gluten-free, in some people, it can cause responses that are more or less similar to that of this particular substance. You can’t assume all products made from quinoa as a constituent ingredient would be 100% safe to ingest.

Always take the time to check the ingredients label for any warning signs present before buying the product. Otherwise, quinoa is a very nutritious food with sufficient amounts of protein, calcium, and iron.

Studies support many physician recommendations that this crop can be used as a better alternative to wheat for those suffering from Celiac disease. Some people also use quinoa for making pasta and as a base for cold cereals. There are places where it’s used in preparing cold summer grain-based salads instead of standard bulgur wheat and even in healthy blends for pastries and cakes. Also, watch out for GMO-infused products that may complicate matters even further.

When most people see quinoa for the first time, they are often tempted to think that it’s a grain. Though in reality, that’s not the case as the crop is actually a close relative of leafy vegetables like spinach. Quinoa is basically a standard form of raw ingredient that’s gluten-free, a protein typically found in wheat grain products such as barley, wheat, and oats. There may, however, be certain risks of gluten exposure with some quinoa products like flakes and flour.

Such food products go through processing factories that may employ machines that also handle wheat products, hence allowing for cross-contamination during the production stage. Nevertheless, if you don’t have intense allergic reactions to grain then these products may not be harmful in the long run. But for those with high sensitivity to gluten, you’ll want to ensure your quinoa is not processed in facilities that use similar machines to make grain products as well.